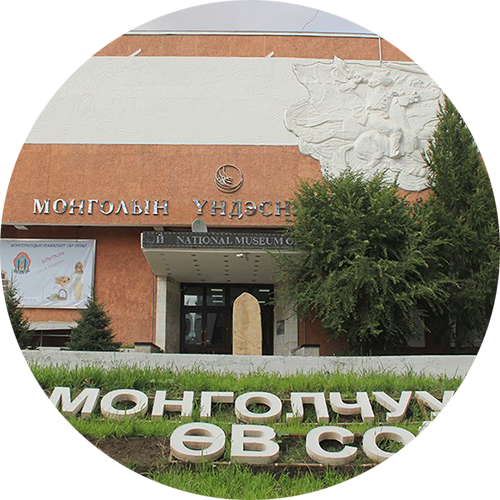 National Museum of Mongolia’s leading museum dedicated to the preserving the Mongolian history and traditional life, attracting more than fifty thousand visitors annually. As such we serve an educational and cultural role, providing public with opportunities to experience first-hand how Mongolians lived in historical times.

The NMM was established in 1924 and has remained dedicated to historical investigation and research as well as the collection, preservation and exhibition of artifacts related to Mongolian culture.

Over the years, we have presented our findings and collection in the form of theme exhibits, reports and public lectures. Today we are focusing on our customers more than ever while adopting a more open and specialized approach to remain in step with the changing paradigm for museums in the 21st century.

In the early 1920-s as stated in the first regulation of the newly established Mongolian Academic Institution began to collect different types of interesting objects to present to the public. For this deed, to collect historically, ethnographically, and intellectually important objects relating to the country past to share with future generations, dedicated great efforts Mongolian famous scholars O.Jamyan, first director of Mongolian Academic Institution, Ya. Tsevel and N.Dendev etc. Also foreign scholars such as P.K.Kozlov, V.I.Lisovskii, A.D.Simukov, and the American researcher R.C. Andrews contributed in the collection and display of the first museum in Mongolia.